After a few years, moss can take over pots of temperate Drosera. The moss forms a dense mat that at best makes it difficult for the plants to root into the potting medium and at worst the moss layer will separate from the potting medium. The plants will decline and die if you do nothing about it.

For large plants such as Drosera filiformis, Drosera tracyi, and their hybrids, the plants can usually go two years between repotting.  I repot all the smaller species every year.

The best time to repot temperate Drosera is in the early spring just as they start growing. At this point the hibernacula are just starting to open but do not yet have live roots. 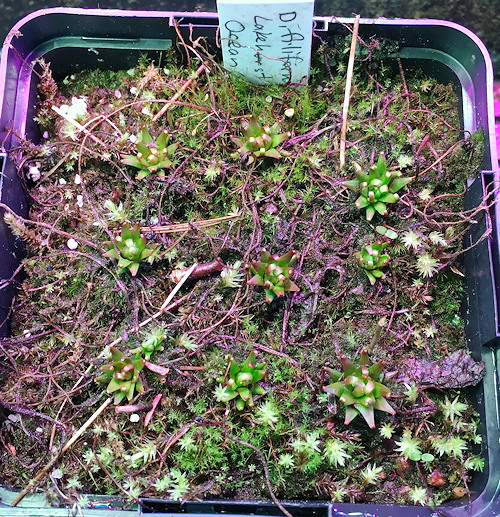 This pot of New Jersey Drosera filiformis went at least one year too long without repotting.  The hibernacula were smaller than they were a year before. The dense moss layer was about 2 cm thick.

The more sun the plants get, the less trouble there is with moss. However, some species seem to do better with some protection from the sun. I find Drosera intermedia, Drosera rotundifolia, and Drosera hybrida do much better growing partly shaded in Sarracenia pots than they do in their own pots right next to the Sarracenia. 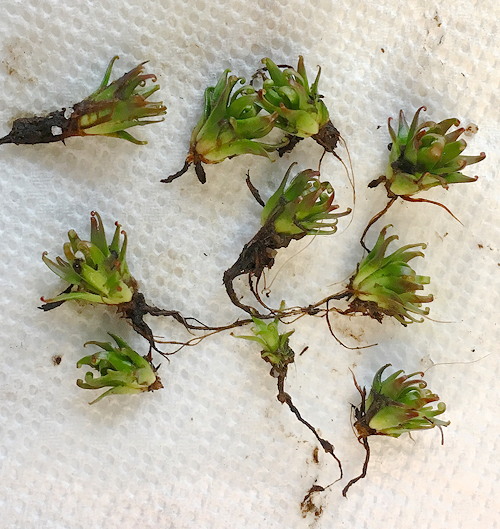 Removing the hibernacula from the pot you can see only remnants of dead roots and old stems. You can try to clean off all the small pieces of moss but they don't have to be perfectly clean.  The moss will come back because of spores in the peat not to mention spores splashed off roofs and blown in the wind. 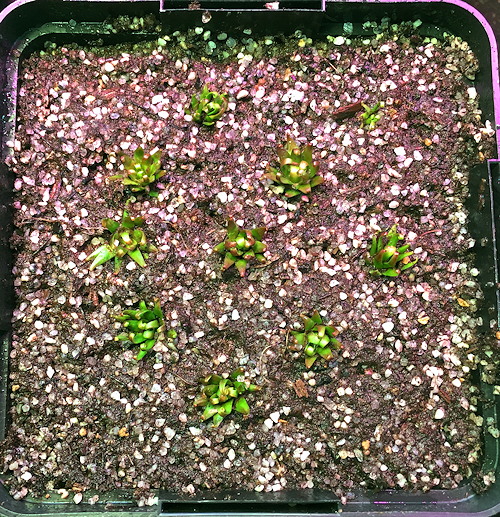 If the underlying soil is still good, there is no need to replace it.  I put enough new peat/sand soil to bring the level up almost to the top. 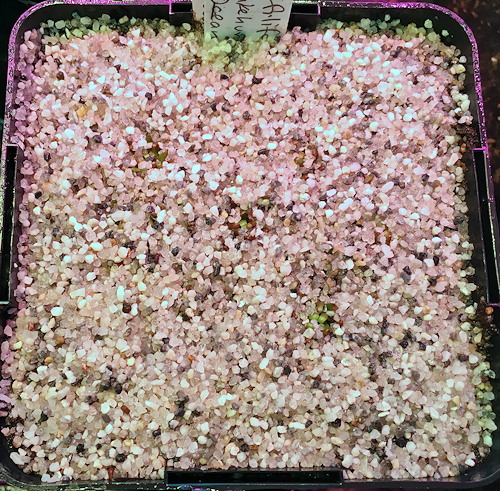 I find it works best to put a shallow layer of sand in the pot to protect the newly planted hibernacula.  The sand also acts as a deterrent to fungus gnats and crane flies. Crane fly larvae can devastate a pot of Drosera. 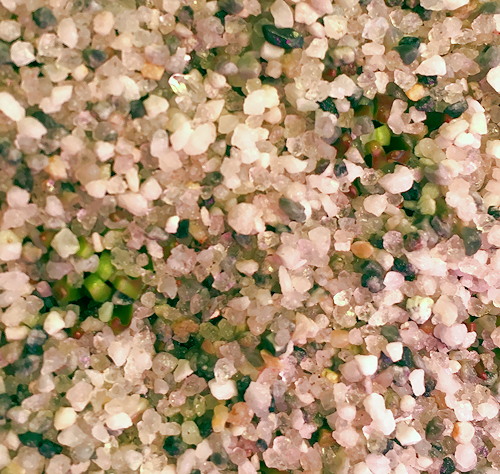 This is a closeup showing how the hibernacula are just barely covered. 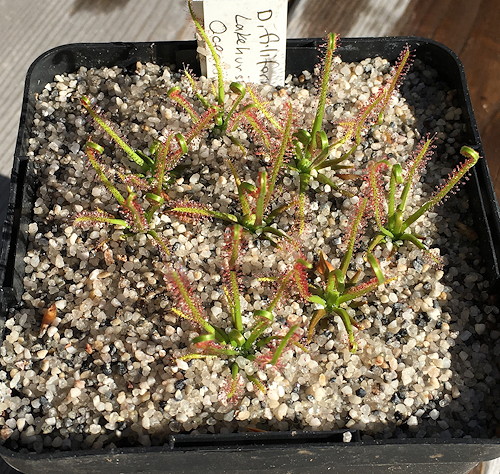